This article is part two of our VM benchmark analysis, with the first part being the at Parallels 11. Part three — which will directly compare Parallels 11, Fusion 8, VirtualBox 5, and Boot Camp — is nearly complete and will be published within the next day or two. Today, however, we’re focusing on the Fusion line, and we’re specifically interested to see how Fusion 8 compares to Fusion 7, around the same time last year, and how both options compare to native performance via Boot Camp. As a bit of background and history for those new to OS X virtualization, Fusion and Parallels have been the two major commercial options for virtualizing x86-based operating systems in OS X. When it comes to features and performance, the two products have traded blows for several generations, but Parallels has often held the performance lead, especially when it comes to 3D graphics support, while Fusion has frequently been more stable, provided better battery life, and offered multi-platform VM compatibility with VMware’s Windows and Linux software. This year VMware aims to recapture the performance crown, while maintaining its existing advantages. We’ll put those claims to the test and determine what tangible benefits Fusion 8 has over Fusion 7 and, in the pending VM Benchmark Showdown, see how it fares against its free and commercial competitors.

This article is divided by category into multiple pages for easier navigation. You can read the entire article in order by using the “Next” and “Previous” buttons, below, or you can jump directly to a particular section by clicking on it in the Table of Contents, which is present at the bottom of every page. Before we get to the Fusion 8 benchmarks, however, let’s take a few moments to discuss the new features in VMware Fusion 8, and its pricing and availability. Table of Contents.

VMware Fusion How do VMware Fusion and Parallels Desktop for Mac stack up? By Neil Ticktin, Editor-in-Chief/Publisher Start Why Virtualization? A few years back, Apple switched the Mac platform from PowerPC to Intel processors. This introduced some interesting opportunities for the Mac, including the ability to run operating systems other than Mac OS X on a Mac. This includes not only your everyday Windows XP, but also other Windows OSes, including 64-bit versions, and a wide variety of Linux and other OSes. You may already understand your options for running Windows on a Mac, but in case you don't, your first choice is to decide between Apple's Boot Camp and a virtualization product like VMware Fusion, or Parallels Desktop for Mac.

With Apple's Boot Camp, you can run Windows natively, but you have to reboot every time you want to switch between Mac OS and Windows. In addition, you can only use one or the other OS at a time.

That's not particularly convenient. For that reason, MacTech recommends a virtualization product for most users. Virtualization gives 'switchers' (those switching from Windows to Mac) more comfort because they can use their old applications, more easily get to old data, and in many cases, and it allows them to use some critical piece of software not available on the Mac. For example, your job may require you to run Internet Explorer, or Outlook, if that's all that your corporate systems support.

With virtualization, like what you'll see in Parallels Desktop for Mac or in VMware Fusion, you can run not only Windows, but other x86-based OSes alongside the Mac OS, getting the best of both worlds. For many, this may mean running the virtualized OS in a 'window' on your Mac. Both VMware Fusion and Parallels Desktop also have the ability to run Windows applications even more transparently, but we'll leave that for another article.

The Big Question So which virtualization product do you choose? Which solution is faster? Should you run Windows XP or Vista? 32-bit or 64-bit? One virtual processor or more? In short, there are different answers for different people. It all depends on your needs. 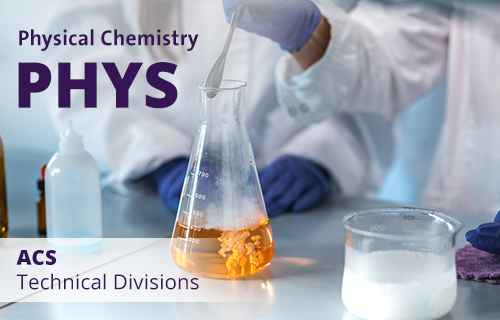 To tackle this problem, MacTech undertook a huge benchmarking project starting a couple months ago. This is similar to the project that MacTech undertook over a year ago (See the February 2008 issue of MacTech Magazine). In both cases, as with other MacTech benchmarks, we tested performance of the types of things that everyday users typically do. Due to this, we limited the virtualized OS to Windows.

In this case, it was not just testing the Windows OS performance, but also commonly used Windows applications. This time, we also added in something that many readers have requested: games! The goal was to see how VMware Fusion and Parallels Desktop performed, covering both Windows XP and Vista.

Furthermore, we wanted to see some of the differences with larger memory configurations, as well as multiple processors and 64-bit versions of Windows. Sounds simple enough, right? But when you start to realize that there were four different models of Macs, two virtualized environments, XP and Vista, some of which were 64-bit and multiprocessor, along with a whole slew of tests, each that had to be runs several times, there were over 2500 tests completed, timed with a stopwatch. In fact, the testing took long enough that during the course of running these tests, both Parallels and VMware released minor updates, but we continued with one set of versions throughout for consistency. To be clear, this article is not a product review; it's a benchmarking analysis (although we were morally obligated to comment on some of the games ). The article's purpose is to assess performance (including issues we found if something didn't work right), and not product features, graphics standards, user interface, OSes supported, etc.

You should use feature and support information in conjunction with the below benchmarking results to make your product choice. The Test Bench When we were choosing computer models, we set out to choose the current models of Macs giving a good representation of what most people may have. Certainly, the faster models of these computers will perform faster than the models we used. We chose four current Mac models to compare alongside each other: the 'White' MacBook (Late 2008), MacBook Pro (Unibody), iMac, and Mac Pro. The 'White' MacBook was a 2GB RAM machine, running a 2.1 GHz Core 2 Duo processor.

The MacBook Pro was the new 'Unibody' model with 4GB RAM machine, running a 2.53 GHz Core 2 Duo processor. The iMac was a 2.66 GHz machine with 2GB of RAM. And, the Mac Pro was a 4GB RAM machine, running an eight-core configuration with 2.8 GHz processors. For the 2GB machines, the virtual machines were set up with 1GB of RAM. The 4GB machines used 2GB for virtual machines. In all cases, except the File and Network IO tests, we used a fixed size disk to avoid any issues with disk fragmentation or other disk performance variations.

File and Network IO tests used a dynamically sizing disk on a completely fresh installation of each product. The tests compared VMware Fusion 2.0.1, with Parallels Desktop for Mac 4.0 (build 3540), running Mac OS X 10.5.5. (In reading the release notes of both Parallels Desktop 4.0 build 3810, and VMware Fusion 2.0.2, it does not appear that the changes in these versions would significantly alter the performance results we found.) All required Windows updates were installed for each version.

Bottom line: While none of this affects the testing, if you are running VMware, update your OS and VMware Fusion to the most current version. Test Types There are a variety of often referred to, and utilized benchmarking suites in the computer industry including SPEC tests, PCMark, Unixbench and others. Each of these tests uses a series of tests that measure in a consistent way to assess specific types of performances. The key to each of these tests is appropriateness, repeatability, and accuracy.

When testing virtual machines, however, using outside utilities within a virtualized environment can provide strange and incorrect results. For example, there are many issues with internal timers not displaying measurements accurately, and some suites don't work at all in a virtual machine environment. Instead, MacTech chose to create a suite of tests that would mimic what many users would do in normal use, but stick to those actions that were repeatable, and measurable with a stopwatch. After all, if you couldn't perceive a difference with a stopwatch, the user is not likely to perceive it at all. To that end, there are several kinds of tests that we ran: 'Performance' including launch and CPU tests, File and Network IO, Footprint, Application Launch, Application Performance, and 3D and HD Graphics. MacTech is a registered trademark of Xplain Corporation. Xplain, 'The journal of Apple technology', Apple Expo, Explain It, MacDev, MacDev-1, THINK Reference, NetProfessional, Apple Expo, MacTech Central, MacTech Domains, MacNews, MacForge, and the MacTutorMan are trademarks or service marks of Xplain Corporation.

Sprocket is a registered trademark of eSprocket Corporation. Other trademarks and copyrights appearing in this printing or software remain the property of their respective holders. Not responsible for typographical errors.